Three of us packrafted the Katakturuk river, ANWR June 18-24, 2022. Two of us had been on a different trip, and were picked up at the Terrace strip on the Marsh Fork of the Canning by Dirk Nikisch with Coyote Air. Amazing pilot, not sure what everyone will do when he and Kirk retire… Our third group member was with Dirk, and we were dropped at a strip approximately 2.5 miles north of the Katakturuk canyon.

We hiked south through the canyon with our packrafting gear. This provided excellent opportunity to scout the canyon section, which may not have been run previously. There is extensive aufeis choking the canyon outlet, for approximately ¼ mile. When we scouted and ran it, there was a pretty easy channel, although there were some dangerous areas where the river swept under ice for short sections. It changed over the 48 hours that we witnessed it, and I bet one week earlier it would not have been passable. Undoubtedly this section holds ice year round, but it may be only a brief period in June when there is a passable channel while also enough water to float.

At the head of the canyon, the headwaters region is composed of an east fork and a west fork, draining the Shublik and Sadlerochit mountains and their shared valley. The east fork of the Katakturuk headwaters seemed to have the most water, and would likely have been enough to float for several miles before the confluence, but was completely covered by aufeis at this time. The west fork was only floatable for a brief section before the confluence.

We put in at the confluence. Most of the three mile canyon is continuous Class 2. When we scouted, there was a very short Class 3 section but when we ran it the next day it was Class 2. The entire canyon section is runnable with no out of the boat dragging required.

The section of river from the canyon mouth north to the first large aufeis field was the most difficult to navigate due to low water. We got out of the boats for short drags a number of times – more times than I can count but not enough to want to pack up and walk. At low water this section would not be runnable.

Three miles or so north of the canyon is a 3-4 mile aufeis field. Luckily, there’s a perfect bluff river right to climb up and scout. There was a channel all the way through. It looked potentially sketchy from above, but when floating through we found the ice was all on gravel bars and no troublesome current going under the ice. Lots of calving throughout.

The remaining 20 miles to the Arctic Coast was easy floating, a few easy class 2 sections, no dragging, with lots of caribou. We saw grizzly once along the river, and arctic fox on the coast. Camping was plentiful, until the final three miles to the coast – you may want to camp short of the coast to minimize chance of polar bear encounters, but there are no great campsites we could find in the final couple miles. Despite conventional wisdom that polar bears would not be in this area until later in the summer, and despite visible plentiful packice on the ocean, we did find recent polar bear sign along the coast. We did not see any.

Dirk picked us up on a strip only Dirk could find ¼ mile inland and ¼ mile west of the Katakturuk. 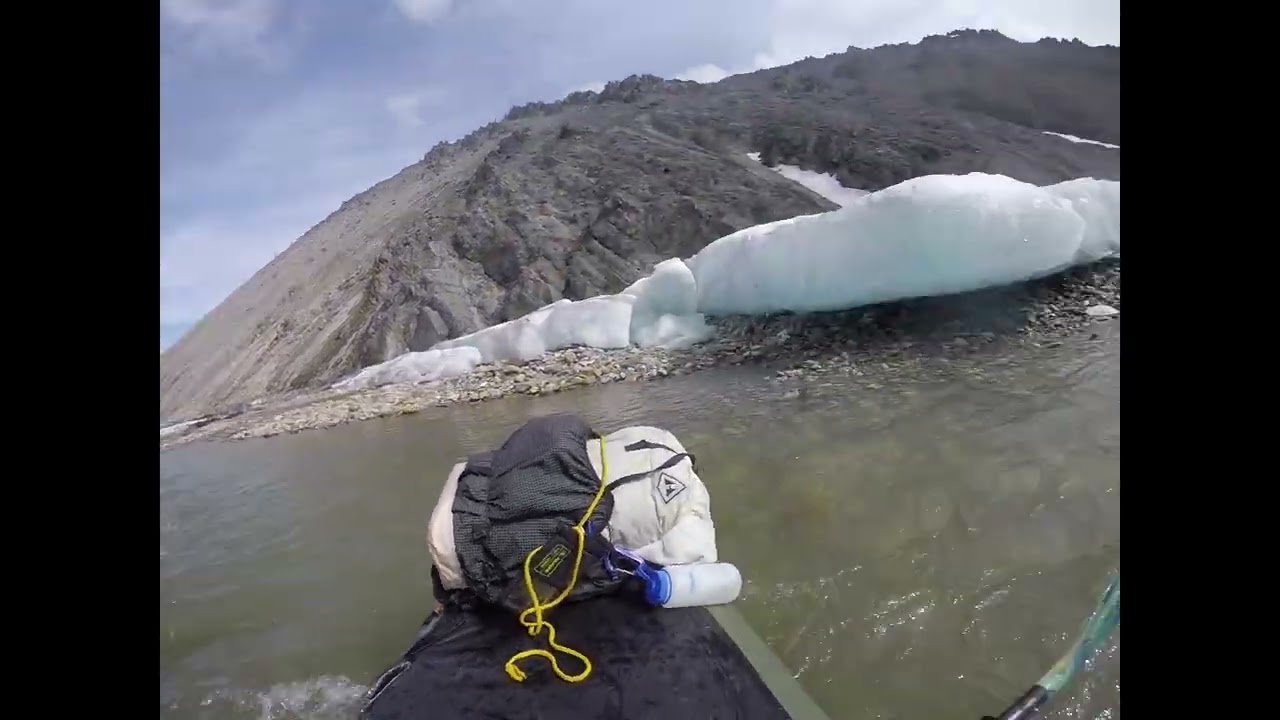